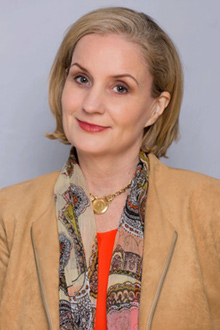 Although Cara Ghassemian grew up in country NSW, she developed an enduring interest in the Italian language and culture, went to university in Sydney and lived in Venice and Sicily, absorbing southern Italian culture as a frontier between — and meeting point of — Europe and Africa, Christendom and the followers of Allah.

It was in the town of Taormina, often called the “jewel of Sicily”, in Iosi Lombardo’s ‘bottega’ or studio and workshop, that Cara learned about Sicilian puppets or ‘pupi’, the tradition of communicating troubadour poetry through puppet shows, the 20th-century Sicilian painter Renato Guttoso, the art of intricate cart decoration, and about ceramics and the influence of various invaders on Sicilian ceramic styles and techniques. She also benefited from Iosi’s explanations of the myths used to rationalise the curious geographic and geological phenomena of Sicily.

While Cara lived in Sicily local artisanal skills were in decline, although one still saw the remnants such as a beautifully and intricately decorated cartwheel on the wall of a restaurant or an assembly of metre-high pupi in a museum. One could also hear the daily call of the fishmonger in dialect, signalling to his customers that he was close by and eerily reminding Cara of the Muslim call to prayer in Morocco and Turkey, which must have reverberated through the streets of Taormina during the time of the Moors’ domination.

Wishing to safeguard and promote the Sicilian patrimony, to cultivate her links with it and to enjoy the unique Sicilian aesthetic more intensively has led to the establishment of Caragalatea.